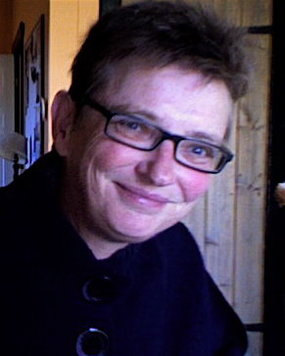 Glenda wrote her own story.

I think sometimes people are pushed into leadership, because that is what happened to me. I was brought up in a small country town in South Australia and lived a fairly ordinary life until I was 14 when I was sent to the Somerton Crippled Children's Home in Adelaide for three months of intensive physio.

This stretched out to two years and three months because they wanted me to stay there and continue my education, which was lagging at home. I left the primary school in the country town after grade 7 because I thought I wouldn't be able to cope with lugging books around in secondary school. Nobody offered an alternative; no one offered to carry my books so I went home and continued with Correspondence School alone.

At Somerton I was appalled at how the children lived in a hospital-like setting. I was put in the girls’ ward which housed about 15 girls ranging in ages from 4, up to me at 14.

There was no privacy, there were no recreational facilities, and we were regimented into routines and lived our lives to suit the staff. I railed against all of this.  Lots changed while I was at Somerton because I wouldn't put up with how I was living.

Eventually they moved the big girls into the little boys’ ward and moved little boys upstairs in with the little girls. The ladies auxiliary funded the conversion of a porch off the big girls’ ward to a lounge room with a TV and stereo and comfortable seating. I had a boyfriend which was unheard of and caused the staff much consternation.

I left Somerton and went to business college even though I had been vocationally tested which indicated I should continue to tertiary studies. I really wanted to be an anthropologist!

I endured one year and one term of business college and then left. I married and settled down to an ordinary married life. For the next 15 years I worked hard at fitting in with the “ableoids” of this world and got on quite well.  I worked in community radio and really enjoyed that.  I learned of feminism and got a small part-time job at Dale St Women's Health Centre.

I think my big break into the world of leadership came when I got a job as a complaints worker at Disability Complaints Service here in Adelaide. I had long been frustrated at the discrimination that I was suffering. NOW I was going to be paid to fight discrimination alongside those who were suffering too.

Using my natural feistiness and indignation I helped empower those I worked with to feel confident and stick up for themselves. Eventually, after six years in the job, I got burnt out. You can't live discrimination and fight discrimination 24/7 and not suffer. My marriage of 26 years also ended.

During this six years I was asked to help establish a Physical Disability Council of South Australia. I went to one of the early meetings to establish this council. A “crip” colleague asked me to be the first president.

During my time with Physical Disability Australia I was asked to join the board of Julia Farr Services, formerly known as The Home for Incurables, an institution for severely disabled people.

Fairly early on the government decided to do away with the board and we negotiated a settlement so that we could go and start a strong and outspoken organisation to represent our needs in a positive way.

During the time with the Physical Disability Council of SA we worked hard at introducing the concept of self-directed and self-managed funding to the South Australian government.

After almost a decade it was finally introduced and I was asked to be on the committee to oversee Phase 1. This means more freedom and autonomy for people living with disability and to choose how we live, and who and how we are assisted. Such a move forward!

Over the last few years my ability to be very active has been compromised by Crohn's disease and a few bouts of time in hospital. A serious injury more recently has further lessened my physical ability. I still continue with Purple Orange and the Self-Managed Funding Consultative Committee but have taken my work to the internet.

I started with a blog and then moved onto Facebook. My blog is called Gleecrip and can be found at gleecrip.blogspot.com. I don't write entries much anymore but you might want to have a look anyway—all good stuff even if I say so myself.

But really how did I get here?

Mainly through a long hard struggle and many years of psychotherapy to look into my head and heart and root out the crap that ableoid society had put in there about who I was and what I was.

It wasn't easy but I knew I had to do it. I needed to find my way; the way of living and believing that suited me. It wasn't until I did this that I truly felt safe inside and strong out in the big world.

My crip friends and colleagues have also had a big influence on my growth. Also, watching the people I assisted grow in their confidence helped me know I was on the right track.  I have gained the title of "Feisty Crip" and am very proud of it.

I have been lucky in that I have been able to organise and control my own life pretty much. Since I have been living on my own and out of control of others such as parents, teachers and husband I have grown even more.

The biggest thing I learned during therapy was that ableoids don't know everything, can't do everything, and don't help me because they don't know. Before that I believed that ableoids were right in how they were telling me to live my life. SO NOT TRUE!

To be a leader you must first lead yourself in the way that you know is best for you. Only then can you be a leader to others.

© Glenda Lee 2011. Except as provided by the Copyright Act 1968, no part of this publication may be reproduced, stored in a retrieval system or transmitted in any form or by any means without the prior written permission of the author.