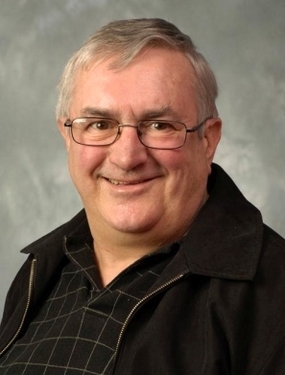 Hank wrote his own story.

I was born in Minyip in the Wimmera District in 1951 but at age one, my parents moved to a mixed farm approximately 17 kilometres from Heywood in the Western District of Victoria.

I was the first son of a family of five consisting of three girls and two boys (the second oldest girl, Kaye, was tragically killed in a car crash at age 19.) I was very close to Kaye and often shared the same group of friends that met socially.

Due to a downturn in revenue from the mainly dairy farm, I reluctantly sought other options of employment that initially began with the abattoir in Portland. Dissatisfied with the monotonous nature of the work, I decided to enrol in a herd testing course (testing the butterfat content of individual dairy cattle to enable farmers to improve their herd and income). This was hopefully assumed as a precursor of my desire to eventually take over the family farm from my father to make it predominantly a dairy perspective.

I felt a desire to experience a more diverse lifestyle and left herd testing to explore other options. Fruit picking and other seasonal occupations were tried, but having had experience with sheep farming and shearing, I toured a variety of shearing sheds and became proficient both as a rouseabout and shearer. I learned to shear in excess of 150 sheep per day.

After marrying my first wife, Bev, we purchased our own farm but due to economic reasons were forced to sell after only 13 months. From the proceeds of the sale, we purchased a caravan to tour Australia.

I drove bulldozers, cranes of varying types, semi-trailers and other heavy machinery during that period. Among my jobs during that time were tractor driving, cleaner at an abattoir (leading hand), saw mill worker, general hand at a retail timber business, and furniture deliverer.

I re-married Anne in 1984 while working at the Alcoa aluminium smelter as a potliner and crane driver as well operating Bobcats, fork lifts and excavators.

1988 was a year of contrasts. My mother passed away and our daughter Tessa was born.

My last position was as ship unloader operating the crane on the Alcoa wharf. As a result my work in the potrooms, I contracted industrial asthma. An acute asthma attack in July 1985 resulted in anoxia, causing acquired brain damage (ABI) and Action Myoclonus.  This resulted in hospitalisation for 18 months and a significant loss of speech and mobility.

I underwent a radical type of therapy at the Institute for the Achievement of Human Potential. This involved up to 200 volunteers per fortnight ‘patterning’ and using a variety of exercises to help me learn to creep, crawl and partially walk again.  This therapy proved to be a phenomenal success with me regaining a lot of my mobility.

As an aside to my rehabilitation, I successfully completed Year 12 English and Australian History off-campus at Gordon TAFE. I obtained the Emma & Morris Jacobs Award for outstanding progress as a student.

Due to my inability to speak and be understood, I investigated options of how to communicate. The Communication Aid Users Society advised me to look at the wide variety of options available through the Aids and Equipment Electronic Devices Scheme. Through this, I was able to communicate via a communication device.

Mainly due to my ‘new’ ability to communicate, I joined a variety of advocacy committees. The first was what is now called Leisure Networks, (then Barwon Disability Resource Council)—the oldest advocacy organisation of its type in Australia, Disability Rights Victoria, Communication Rights Australia (formerly CAUS) and more recently, the City of Greater Geelong’s Disability Advisory Committee, Aged and Disability Street Access, and Barwon Ability Alliance, and too many others to mention.

As speaking on the telephone was still a challenge, I was accepted to be on the Telstra Consultative Consumer Committee. When this was disbanded I went on the Telstra Disability Forum as well as TEDICORE, ACIF and other telecommunication related organisations.

I continued my search of communication options and I am currently a Director of the Australian Communication Exchange, a not-for-profit company dedicated to equal and accessible communication for deaf, hearing impaired and speech impaired people to communicate with anyone via its Relay Service. This can be via Voice Carry Over, Hearing Carry Over, or Speech to Speech Relay.

I continue the fight (and it is a fight with developers and their ilk whose desire is to seemingly cut costs to the absolute minimum) to have equal and equitable access to all goods and services, including wheelchair access. Access is not limited to wheelchair users, but parents with prams, elderly people, and people otherwise mobility impaired.

Good access is good business when the ABS cites that over 20 per cent of Australians have a disability.

© Hank Wyllie 2011. Except as provided by the Copyright Act 1968, no part of this publication may be reproduced, stored in a retrieval system or transmitted in any form or by any means without the prior written permission of the author