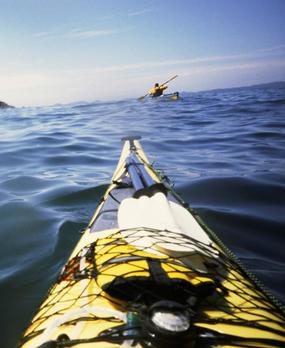 Angus told his story in a recorded interview. This is the transcript.

I live with cerebral palsy.  There’s obviously been some physical challenges, but really it’s almost a part of life.  I think it’s all about just giving things a go and either you overcome those challenges, or you realise the occasional limitation where you think, “Oh, I can’t quite do that.”

I’ve had two lots of major surgery, and you have to just keep motivated really and think, “Right, I’m going to get back on my feet,” and I know I worked very hard for a year and a half to two years, before I was properly functional on the crutches.

It was a very gradual process.  Going by the most recent lot of surgery, there was a month, really, where you get out of hospital, and you’re in a cast for a month and a half. It was very gradual.  You work towards standing up and you build up how long you can stand up for, and then you progress to walking.

I think my parents realised extremely quickly that I was very, very stubborn, and they mainly say, “Get out there and give it a shot, and if you enjoy it keep going, and if you don’t, you’ve done your best”.

I went to St Peter’s College, a mainstream school and they were very supportive.  In-class support is what I can remember most, they always had somebody come in and help with certain things, particularly in primary school.

There was an element of really helping me get work done, so it might be scribing, or just explaining things.  For example, if I read something I didn't understand, they’d explain it.  As I progressed to senior school, it was more about helping me with organisation because it was a bit more full-on than primary school.

I'm doing a degree in Social Work and Social Planning at Flinders University in Adelaide. It’s been a really good experience. I’ve got a fantastic group doing it with me.  A lot of my mates from school have gone to Adelaide University, which is where a lot of Saints guys go. As a result, I think they don’t really get to build up new friendships because they’re still stuck in the old school groups.

I think going to Flinders University has really given me an opportunity to meet new people and that's been fantastic.  The day before I started university, I met with the Disability Officer, and we organised the access plan, and that helped. I’ve got my classes in mainly one area, two buildings type of thing, so is it’s still a bit of a walk.

Most of the time I'm a very positive person.  When people say I can't do something I think, “I want to prove you wrong, so I’m going to”.  I guess I am determined.  I suppose I'm pretty stubborn in certain situations.

I’ve got a mixture of friends.  Obviously there are my mates from school who I love dearly.  They’ve given me a lot of support.  We’ve had some great times.  When I was 15 I went on a camp called Jack Roberts.

It’s a camp for boys with disabilities. It’s run completely by Scouts and volunteers.  I met a few guys my age with similar disabilities, so it was quite cool to chill out with them. Because of that I’m close to becoming a member of the Scouts.

The Scouts have been fantastic.  I went on a few more of the camps and then, when I became too old I’ve just sort of been around them since.  I’ve been on a few trips to help out, and I’ve met lots of people.  It's been great.  I love meeting new people and I love hanging out with the ones I know. The Scouts got me involved a bit with Community Accommodation Respite Agency (CARA).

I do gym once or twice a week.  I'm an avid sports person.  I also do kayaking, which I love, it’s brilliant.  I was going to go out hand cycling on Sunday, but unfortunately that got cancelled.  A few months ago I saw a picture, and thought, “Yeah, I want to do that.”  I have a go at anything that appeals to me. I’m quite happy at how everything’s going, and I’ve got a great balance between social life and university.

I don’t want to shoot my mouth off just yet, but employment prospects are looking quite reasonable at the moment. I’ve been helped by a disability employment agency.

The lady I’ve got at the moment suggested in the first couple of sessions that I look for social work related jobs.  So I applied to a few agencies, and am just waiting to see how that all goes.  I want to get some experience before I get out there.

I also like my music.  I like the Beatles, and Jimmy Hendrix, he’s good.  I tend to go for music that is from the earlier years.

I think I cope with life pretty well.  If I’m having some problems, I generally talk to people.  Depending on the subject I’d go to my friends first to get their opinions, and then, go to the folks.

I think, sometimes you’ve just got to realise that things happen, and it might suck for a while, but you work slowly to get over it and move on. Those bad things in life may well create opportunities that you otherwise wouldn’t have got if that bad thing hadn’t occurred.

I just want the normal things to happen for my life, get married, and have kids. I’d want to keep occupied as well, be satisfied with a job. But I wouldn’t want to get bogged down by work.  I guess I would like to have work/life balance.

I’m not a particularly spiritual guy, but I do think it should be a part of life. It’s important that you treat people with respect, and be good to them, treat them how you want to be treated but I don’t think you need to be any particular religion to do that.

© Angus Fowler 2011. Except as provided by the Copyright Act 1968, no part of this publication may be reproduced, stored in a retrieval system or transmitted in any form or by any means without the prior written permission of the author.