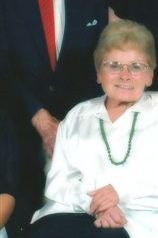 Margaret wrote her own story.

Right now I am involved in advocacy for people ageing with long-term disabilities. I live in my own unit and need assistance from carers three times a day. They are rostered by me but each one is hired and paid by one of three service providers. After retiring from paid work I took up post-graduate study into disability advocacy and then into the experiences of people ageing with long-term physical impairments. My careful diet, swimming, helpful carers and fun with family and friends all keep me healthy.

Luckily my life experiences have enabled me to work with friends and colleagues to change some of the social barriers which have handicapped people with disabilities. Sometimes I’ve been a leader, sometimes a follower. Leadership involves discovering strengths within oneself and using that knowledge to find skills and potential in others so they may also lead.

Survival with impairment is my first strength.

In 1947, at the age of 4 I fell down from my bed. Over the next few days I became severely paralysed by polio and was not expected to survive. My parents refused to take me to hospital in case I died. They kept me alive through several attacks of pneumonia. Just as well, or there would have been no one to teach my younger brother and sister how to find the ice cream powder and sweet treats Mum had hidden.

I went to a special school at age 10 after local schools had refused to teach a kid in a wheelchair. I was hopeless at maths and my handwriting was so scrawly, I was given a typewriter. Great! No more staying in the classroom at lunchtime to practice italic script.

After necessary spinal surgery at age 19 I suffered complications. My left hand was seriously and permanently weakened and my left hip joint wouldn’t bend. Part of the joint was removed so I could sit up.

After rehabilitation I was able to move my manual wheelchair by a hook on my left wrist, but I couldn’t slide transfer or dress myself any more. However I’d found a host of new friends who taught me the upside and downside of mixing drinks and challenging authorities.

Then there was the power chair accident in 1992, when I lost front teeth, injured my neck bones, and lost forever at least 30% of the strength in my right arm. There was a court case and I got some damages which later helped to buy my home unit.

Adapting to change is my second strength.

I learned to adapt to all my physical changes by using three main strategies. I made the most of my abilities by taking any reasonable opportunity to gain freedom, working with carers and by using any available technology.

Freedom for me means being able to make my own decisions.

After hospital I lived in a hostel for people with disabilities for fifteen years because there was no alternative accommodation. I was considered too disabled to live in this hostel so I had to hire and manage my own carers. My parents paid the carers’ wages as most of my pension went to pay hostel fees. Good preparation for moving to an independent living unit in 1981.

For about three years the disability service provider supplied and paid for carers. After that I had to pay full carer costs until I was accepted into a Commonwealth funded attendant care scheme in 1992.  That caused me a lot of financial stress but it was the only way to avoid moving to a nursing home.

Carers are essential to me. They have different cultural backgrounds and need respect and recognition of their work skills. Training, rostering and managing carers isn’t easy but it is essential for interdependent living. It’s my home and I have to be in control.

I have said ‘good bye’ to carers like ‘Pam’ who talked constantly from the beginning of her shift until the end. Like ‘Annie’ who thought my kitchen was untidy and put everything back in the cupboards out of my reach. Like ‘Joan’ who thought it was OK to miss shifts without notice.

Finding and using technology is crucial. Right now I have amassed a trove of aids which include modifications to my home unit, knee high boots with toe raising springs, a spinal brace, wooden seating to hold me up in my tilting power chair, a ceiling hoist, a manual hoist for travel and long sticks with hooks to reach all those irritating items that slide out of reach. I still have to master voice recognition software on my computer though.

Education is my third strength.

As I grew up there were many challenges to my idea of who I was. Was I going to be an invalid like some of the characters in books? No, said my parents. “Study and you’ll get a job’ they said. ‘In the meantime top and tail the green beans, shell the peas, dry the dishes, look after your baby sister, help your other sister with her homework, .watch out for the kids on the beach, and take the dog for a walk.’

Did I want to work in a sheltered workshop, as suggested by a teacher? No. Did I understand I should be in a nursing home, said a social worker? No way! Did I really think I could be financially independent? Oh yes!

I went to university, learned to be a social worker and worked full-time for 27 years.  Long hours, very hard work and stimulating. The trouble was, and still is, people were faced by difficulties that weren’t their fault. Social action for change had to happen.

Working with others is my fourth strength.

My father, now aged 95, was the Medical Director of General Motors Australia. He taught me the importance of immigration of skilled workers to Australian industry and about the need to learn about different cultures. He was a pioneer of occupational medicine. More important to me was that in 1951 Dad helped to negotiate an agreement between the Vehicle Builders’ Union and General Motors Australia to employ people with disabilities.

I have learned the power of one is stronger when multiplied. The power of two or four or more is infinite. A group is as effective as the members want it to be. Any one can be part of a group. It’s wonderful when people discover their own strengths and start targeting whatever needs changing.

Friends and colleagues enlisted me into working for women’s rights and equality of opportunity for people with disabilities. We have a long way to go.