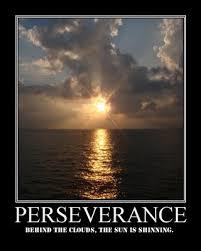 I went to work as usual one Saturday morning and by noon I had triple vision, a sonic screeching noise in my ears and I couldn't stand up straight without losing my balance. By that evening I was slurring my words as though I was drunk and was nearly unable to walk or use my arms and hands. I was taken to a GP who sent me to the emergency department of the local hospital. They told me they thought I’d had a stroke or possibly had a brain tumour and did the relevant tests. They found nothing. I was sent to a hospital in the city where more tests where done and it was found that I had Multiple Sclerosis (MS). I had just turned 19 years old three days before.

The neurologist and a social worker sat me down and handed me brochures for motorised mobility scooters. They told me that if I kept progressing at the speed I was I would be in a wheelchair within six months and would need constant care or go into a nursing home within a year. I said nothing. They asked if I was okay and if I needed a tissue or anything. I looked them both straight in the eye and told them they had the wrong person. They shared a knowing look between them that made me feel like they thought I was in denial or something which made me angry and even more determined to prove them wrong.

The well-meaning doctor starting telling me about statistics and research shows that this will happen so you need to be prepared. I sat there thinking to myself “I am not a statistic”, “You need to do more research because I can and will get better”. I refused to conform to their diagnosis from the first day. It may be the outcome they had been taught to expect, but it was not the limits of possibility, in my mind the thing that got me through was that there is always an anomaly that goes against the grain and I was determined that would be me.

Being 19 and being diagnosed with something like MS, I lost almost all my friends because they didn’t understand, or were afraid of, what it meant. After being discharged I had to go to Rehab and Occupational therapy at a local nursing home three times a week. I would stumble and fall walking on a treadmill at speed 1, and there were 90 year olds beating me at reflex, cognition and speed building tasks. I just tried to remember what I was going through was in no way permanent and that I’d have to keep trying even when I didn’t want to so I didn’t end up in a nursing home for good.

In a way, it became a game of me against the world. The nurses and therapists seemed to have low expectations for my recovery, and I viewed them with a certain amount of contempt for that. I was sick of being told what I COULDN'T do with no one considering what I could and what may be possible in the future. It became my goal to shock them once a week with what I could achieve.

Within about 12 months I was back to functioning at a semi normal capacity, but I pushed myself every day.  I had to, I had no choice. The first few years of having MS were pretty much a roller coaster ride with lots of ups and downs. Some days my arms wouldn't work, sometimes my legs would suffer from spasticity and I would walk extremely slowly dragging one foot behind me - sometimes for weeks at a time, sometimes for a few hours. The unpredictability was the worst. Not knowing what condition I'd wake up in the next morning and how long that condition would last.  Thankfully the couple of friends who did stick by me were patient and understanding if I had to break plans or if it took me an hour to walk a distance that took them five minutes.

I awoke one morning about four years after my diagnosis and ached all over. I immediately thought “Oh crap, my MS is playing up.” Then I stopped myself and thought, hang on, its winter, its freezing cold, people who haven't been diagnosed get aches and pains, they get headaches, they have flat or crappy days where they literally can't get up and do things to some degree, why just because I'm stiff do I automatically attribute it to MS? That realisation was a major breakthrough for me, because although I had been pushing myself through MS to that point, I had been attributing every headache, sore muscle, lapse of concentration, bit of fatigue and anything else that came my way to MS.

I had forgotten that even healthy people have headaches and sore muscles and get tired from time to time. I had been fighting a battle with a paper tiger. I had been giving away my power to live to a disease that I believed I was fighting every day, when actually it was just normal body experiences. The minute I accepted that the body was fallible and that although I had MS, not every problem in my body was caused by it my health changed incredibly. It was like my mind had been succumbing to the belief that having MS was all consuming for me (and it is for some) and was making my body follow suit.

My walking improved, I took myself off my meds and I started slowly improving even more. I stopped seeing my neurosurgeon because he was resigned to MS being a horrible life sentence and I started to live. I started going to a support group for people with MS, but people would introduce themselves as “Hi I'm Joe, I've had MS for 10 years and I can't walk” and things like that. But the idea of identifying myself with this illness scared the pants off me, and I quickly stopped going.

I also have other auto-immune issues like Crohns, Rosacea, Psoriasis and I have tackled these in the same way. When I had my hemicolectomy in my early 20s they told me the Crohns was so severe that I shouldn’t be surprised if I needed a stoma bag in the not-to-distant future despite the operation. I told them the same thing I told the neurologist - “You've got the wrong person”. With a modified diet, drinking plenty of water and eating good healthy food that is fine too.

Now, more than 16 years later, I am training for a 5km race in July to support Youngcare, I volunteer with a local NFP, I work part-time and have worked almost the whole way through since diagnosis, I am studying a degree, and I have a 2.5 year old child. I'm lucky, I'll admit. I've never allowed a doctor with a research paper define the limits of what I can achieve. Yes, I get tired, but I do more than most people I know. And I still suffer badly in the heat, but a lot of people who are without any diagnosis do to. I would never allow the beliefs of another person override my belief in myself.

As a kid I knew that life was innately positive and feel good about myself and my abilities. I guess I’ve carried that with me through life. Of course now I have a daughter to be healthy for and to set a good example for- that you can do anything if you perservere and try.

© Narelle Glanfield 2013. Except as provided by the Copyright Act 1968, no part of this publication may be reproduced, stored in a retrieval system or transmitted in any form or by any means without the prior written permission of the author.