Purple Orange is growing! We've hired so many great new staff recently, including Ellen Fraser-Barbour who featured in our second ever podcast episode. It's a great one about claiming your right to risk when you live with disability. It's definitely worth a listen!

When Ellen Fraser-Barbour was 19, she unexpectedly ended up traveling alone on an overnight train journey to Darjeeling India.

She was the first to arrive in her assigned section. Then one man came, followed by a second and third. She felt very nervous being in a confined space with three men she didn’t know.

She was also worried she would miss her stop. Ellen is hearing and vision impaired, so she couldn’t read the station signs and she couldn’t understand the names the train conductor called out.

She was laying in her bed, worrying about all this, when the man in the bunk above crept down the ladder. She pretended to sleep, but then she felt her bags moving.

It was the kind of nightmare situation all her friends and family had tried to warn her of when she announced her plans to go to India. 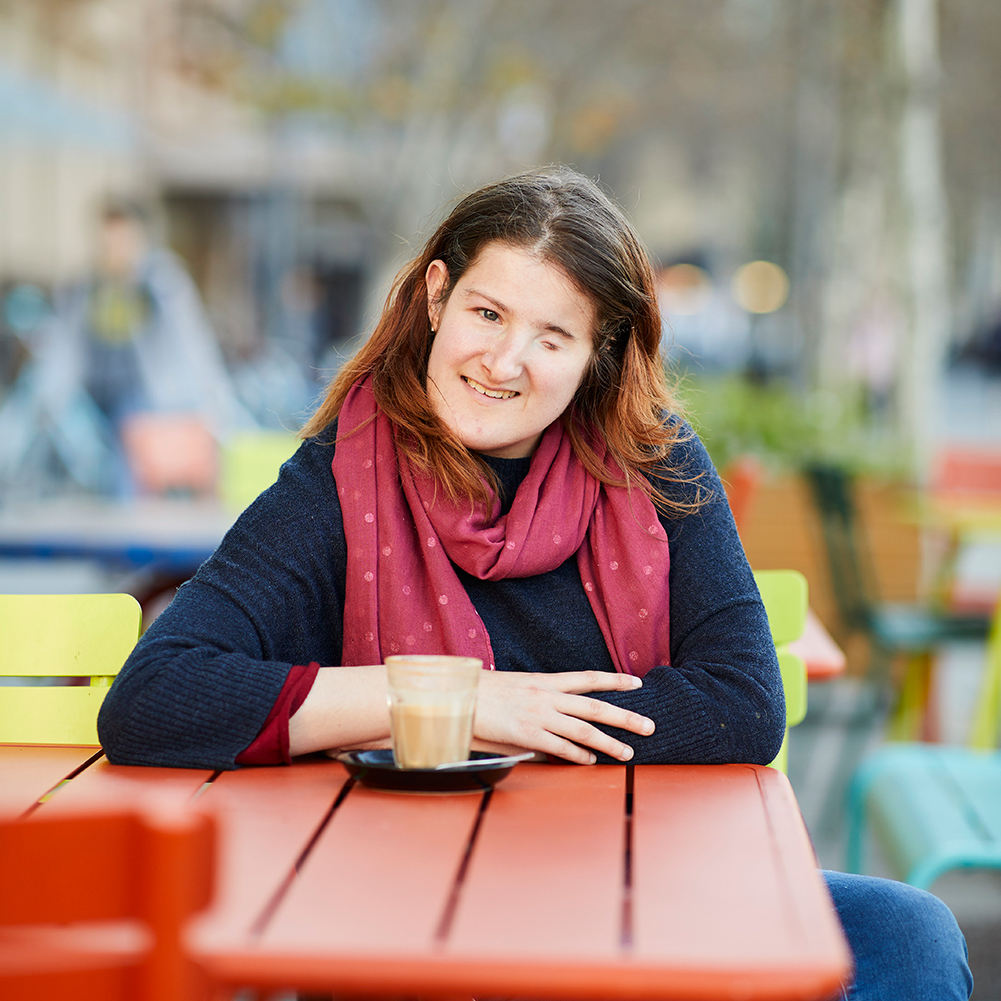 Ellen’s father had recently passed away from a terminal illness. It had been an emotional, sad and chaotic time. She needed something to shake her life up, and get her out of the darkness. She believed India could be that something, so she tried her best to block out the negative voices.

“It did get to me though,” Ellen admitted. “I was so frustrated with all the people around me who were really drilling into me with all the anxiety they had. I made the decision, that was their anxiety. It wasn’t my anxiety.”

So she forged ahead with her plan. She decided to stay with an Indian family for the first month, while volunteering at a school for deaf and blind and deafblind children. She figured this would be a great way to safely find her feet and give herself an authentic, off the tourist trail, experience.

(Photo is Ellen volunteering at a school for deaf and blind children in India.) 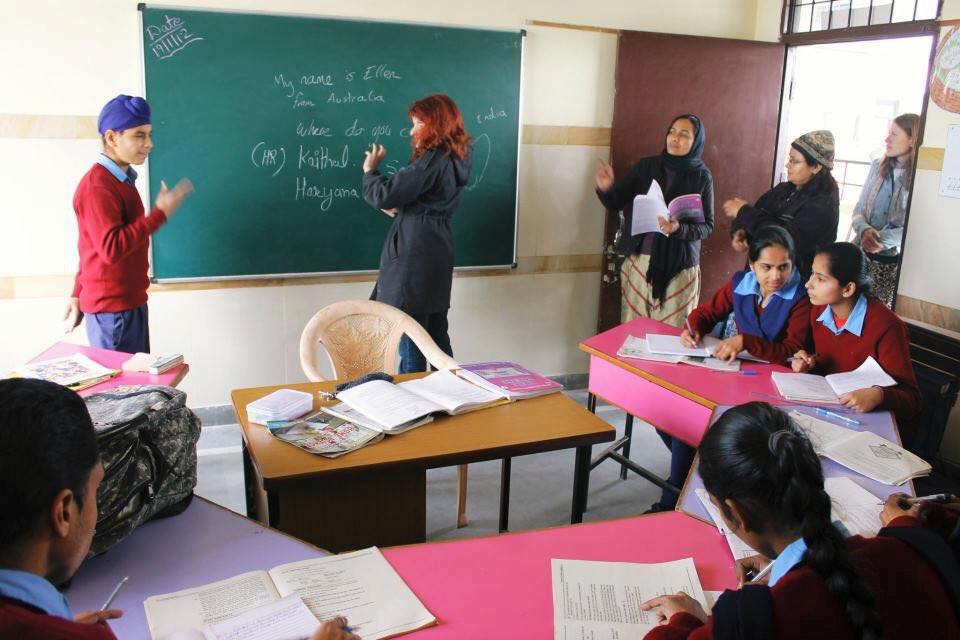 There were lots of volunteers at the school from all over the world, but she was the only one that lived with disability, and that gave her a strong connection with the children.

“When I first walked in I pointed to my ear and hearing aid and signed ‘the same as you.’ Their faces lit up! They were so happy, they said, “Yeah me too! Me too!” and pointed to their own hearing aids."

Ellen got into the swing of her new Indian life. It wasn’t as scary or as hard as all the naysayers' warnings. She spent her days working with the kids, and the evenings she spent exploring with the other volunteers. 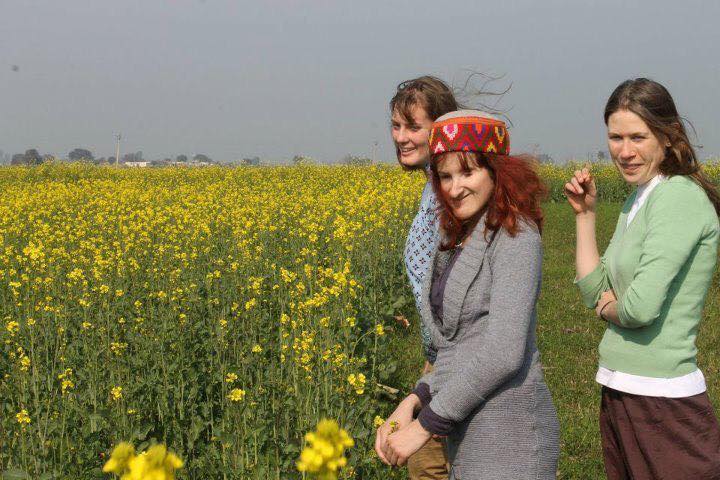 One weekend Ellen and a couple volunteers travelled up to a tiny remote farming village in the Himalayas. 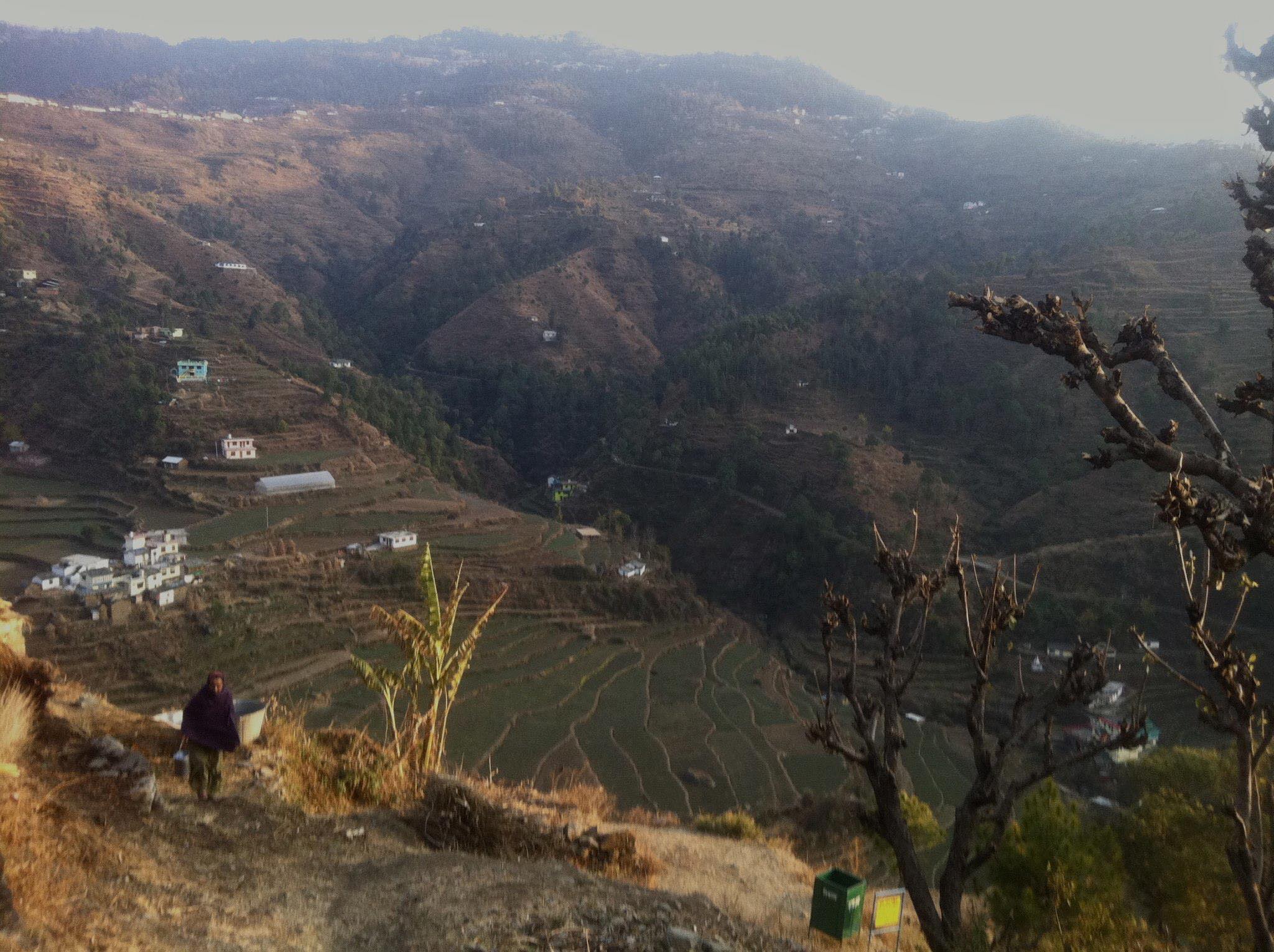 It was one of the best experiences of her entire trip, but in this village a man told her something that she found deeply unsettling.

He said it was important that she was here so that people could see that someone who lived with disability could live a full and good life. He told her that in some places in India she might have been drowned at birth. He explained that there are very little resources for people like her, and that many people with disability end up on the streets.

It was horrible and upsetting to hear, but Ellen knew he was not trying to be mean. He really did want other people to learn from her. But that’s what she found most unsettling. She thought about the children she'd been volunteering with.

“You can't expect these young children to see me as a white westerner to come in and show them the way,” Ellen explained. “I can't do that. I grew up in a world where I did have a lot of opportunity, and a lot of support, and a lot of resources that were driven toward my development as a young child. If I had been born in India, I don't think I would have those resources at all. But also I think it is important for them to see the ideal and what it could be, and how those resources could be used. It was a challenging experience.” 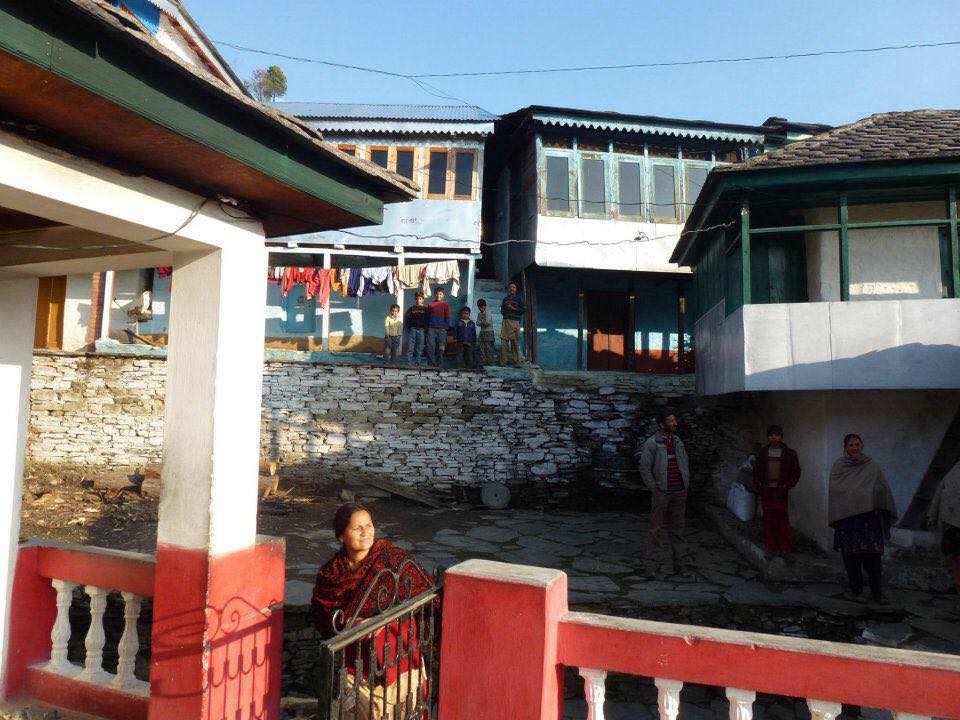 After her month of volunteering, Ellen joined up with a tour group. It was an eccentric, eclectic group of people from all over the world. They had a great time traveling together. But, when they arrived in Varanasi, she realised that she was booked onto two separate tours, and that everyone else had only booked the first. She had to make her own way to the start of her second tour in Darjeeling, which was about a 13 hour train ride away. She was also starting to get sick.

So that’s how she found herself traveling alone on a train, pretending to sleep when she felt her bags moving. She was petrified, but she acted quick.

“What are you doing!” Ellen yelled as she leapt up. The man rummaging through her bags stumbled, murmured something, and went back up the ladder to the bunk above. Ellen sat frozen, heart pounding, until night turned to day. But when the sun came up, it didn’t stop her anxiety. Now she needed to figure out when she was getting off this train and quick.

That’s when another man who was sitting across from her commented on how sick she seemed. Her instinct told her this guy really cared, so she decided to ask him if he could tell her when she got to Darjeeling. He was happy to help.

(Ellen on bus with young students) 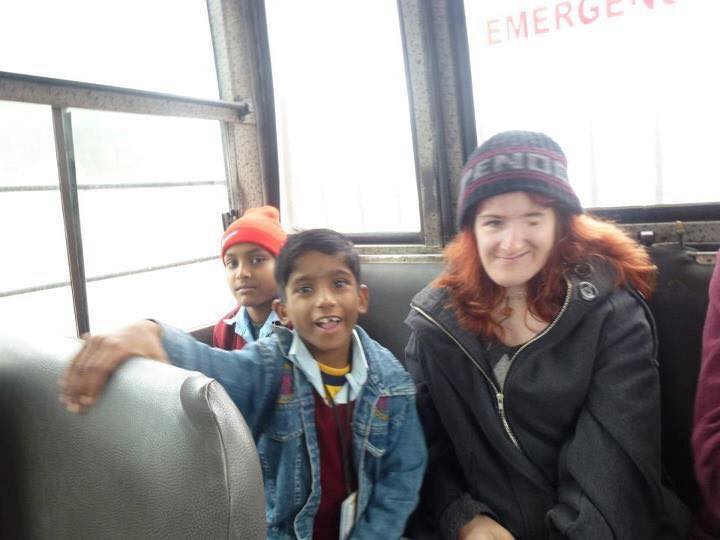 So that was it. She asked for help and figured it out. Everyone who told her that she was crazy to risk travelling on her own with limited vision and hearing might say she got lucky. They would be right. She could have been robbed, missed her station, or any number of terrible things. But all those things could happen to any one travelling on their own. Still lots and lots of people do it. Which is why Ellen gets so frustrated when people are so amazed she’s done it.

“The thing I worry about with a story like 'I went to India on my own', is that I worry it will be seen as inspirational”, Ellen explained. “Any young person can go to India on their own and no one will react to it, but because I have a disability, everyone reacts to that story.”

The reason 'inspiration' can be a dirty word, is because it is often linked to the kind of thinking that keeps people who live with disability trapped in the safe zone.

If you have a disability, “everyone wants to protect you or remove anything that could be harmful or risky, and that is actually the most unhelpful thing anyone can do,” Ellen explains.  “If you don’t take risks and you don’t make mistakes you can’t possibly learn or develop any sense of identity. It is about learning our own limits and what we can do. Rather than what other people think we should or shouldn’t be able to do.”

So for Ellen, a big part of going to India was claiming her right to risk.

“Going to India was a big, big message to everyone to just shut up and let me do what I want to do, and I think they got the message.”