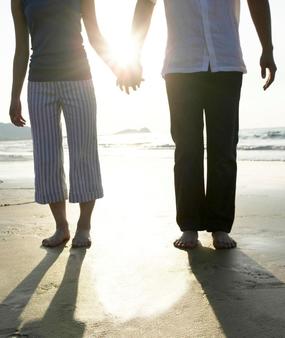 Tim told his story in a recorded interview. This is the transcript.

My name is Tim, I am sixty-one years old and I have mild Multiple Sclerosis (MS).  I was first aware of it in 1996.  That’s when I was officially diagnosed with it.  But I suspect I’ve had it at least since 1991.

It has impacted to a certain extent on my physical ability—like I have problems in walking, and my hands—I am finding difficulty to use my fingers at times, but not all the time.  I can hold a pen and write, but sometimes my writing I can’t even read, that’s how bad it is. I use a walking stick occasionally, but I try my best not to because I feel that if I don’t use my legs I’ll lose them.  So I try to not use a walking stick.

When I was first diagnosed with MS, my initial reaction was a state of shock. But at that stage I didn’t know much about it.  I knew what MS was, and I’d heard about people with MS, but it took me a while for it to sink in, but then gradually I just accepted it, and I thought, “Well there is nothing I could do about it”.  So I accepted it and got on with life, and just took what came on my shoulder, if you know what I mean.

Currently, I’m working full-time, although I work in an office situation and it’s my own home office, so all my work is over the internet.  I’ve got the ability to just sit in the chair all day.  And my company, the company I work for, has been excellent. I have got a family; I’m married with one child of my own and a step-child.  But both have grown up and they’ve left home.

About my life journey, we used to live in Perth, WA, and then, because I got MS, I felt that we would be far better off in Tasmania, to be on a side of the country where it’s nice and cool, because I could just not tolerate the heat.

Here in Tasmania we are engaged in lot of activities. I and my wife do a lot of walking—she’s very supportive of me as far as my walking is concerned.  So we do walks just to keep active.

As far as sports are concerned, to keep me active we bought that Wii program, and we use that a lot.  I’m a member of the MS Society over here in Tasmania, and basically we’ve introduced it to them and they’re quite happy with it.  Apparently the Hobart Hospital also uses the Wii for their patients.

So I could say that I am still happy with my life.  I don’t know what could improve it, apart from not having MS.  But MS doesn’t affect my life.  Not to what I feel anyway. My MS probably restricts me to certain things but the things I want to do, it doesn’t restrict me.

Other than that we’re a member of the MS Society.  They are excellent over here.  They often look after me to the best of their ability, which is very good.  But unfortunately, when I go to the MS Society meetings, I’m with people who are more disabled than me—they’re in wheelchairs—and I just thank my lucky stars that I’m not as bad, if you like, as they are, and it does upsets me to a certain extent. But again, I feel that I’m one of the lucky ones.

I always had a strong and determined attitude, but one thing which helped me coped with my MS, alongside my wife’s support was acceptance. For me, acceptance was like, Well right from the word go I knew I couldn’t be cured of MS.  I know I could be helped but I couldn’t be cured.

I’m talking about anything in life, anything I do.  But as far as MS is concerned I know I’ve got it.  I know I can’t fix it.  I’ve just got to accept it the way it is and get on with my life.  I take medication for it but I know it’s just a matter of taking medication which will help it but doesn’t cure it.

I think to date the best thing I’ve ever done is move out of Perth, out of the heat, and get down to Tassie (Tasmania).  We used to holiday in Tasmania for five years, and on the sixth year we said, “Why bother going back again on a holiday?  Let’s go back to live”.

I knew that I could take my work with me, which was a big thing.  Until that time I was a bit concerned.  But when the company said, “Yep, you can continue what you’re doing over in Tasmania” I thought it was the right decision. Because of the cooler climate I felt I could be active for longer periods of time.  I wasn’t fatigued as much, or as quickly.

And working from home was very convenient as you don’t have the stress of getting yourself to work.  We live close to the highway and in the mornings we can see the traffic nose to tail into Hobart.  We don’t laugh, but we smile and think, “We could be doing that”, or, “I could be doing that”, but I’m not, in all weather.

I was working from home in my last job and I understand the stress that removes from daily life. Now I’ve got plenty of self-control, so even though I work from home I can get on with my work and I don’t feel lazy, if you like.  I don’t get paid for being here; I get paid for doing the work. So I feel self-motivated.

From here I see myself, hopefully within the next six to twelve months; I’ll be able to retire.  And then I and my wife want to start travelling around Tasmania more, and just enjoying ourselves over here doing what we want, what we like, when we like.

The suggestion or advice that I would like to share with people in similar situation is, don’t blame the world for what you’ve got.  I know a lot of people who say, “Why me?  Why didn’t it happen to you, or why didn’t it happen to him down the road?  It’s always me”.  They’re being self-centred, selfish.

So my attitude is, “Don’t blame the world for what you’ve got”, also, “Don’t blame yourself, get on with life”.  But in the process, just find out what can be done for you.  I’m not talking only about MS; I’m talking about anyone else who has got a disease of some sort.  It’s to find out what can be done.  We’re always following the research on MS, but not to the extent where we get tunnel vision on it.

I think the bottom line, or the headline if you like, is accept what you’ve got and get on with life. Don’t blame anybody else.

© Tim Peters 2011. Except as provided by the Copyright Act 1968, no part of this publication may be reproduced, stored in a retrieval system or transmitted in any form or by any means without the prior written permission of the author.